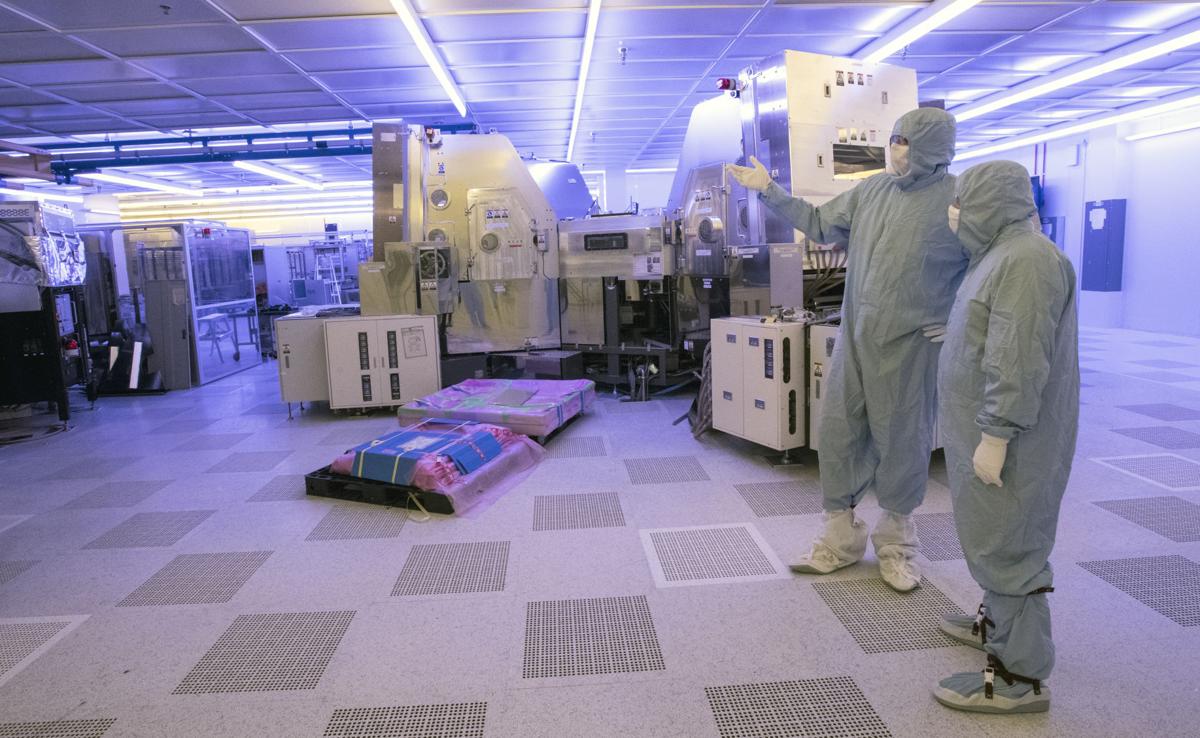 Colorado Springs-based dpiX LLC on Thursday will begin test production on a new manufacturing line for thin-film sensors to capture images of digital X-rays, replacing glass plates now in use for medical, military and aerospace markets.

The new line, the biggest investment since the company moved its headquarters to the Springs from Palo Alto, Calif., in 2011, took 1½ years to get approved, built and installed and will position dpiX to target the rapidly growing portable X-ray detector market by using lightweight foil instead of a traditional glass plate, said dpiX CEO Frank Caris. About 30 of the plant’s 150 employees work on the new line.

“This the same material that is used in the latest generation of mobile phones and curved TVs,” Caris said. “Glass can easily break and add weight, while the foil weighs much less and is more rugged.”

While Caris would not disclose how much dpiX has spent on the new line, he called it a “massive investment” that took more than 40 ocean containers on six ships to transport to Colorado Springs. The company’s board approved the project in late 2016. DpiX has spent the last 18 months renovating its 239,200-square-foot plant at 1635 Aeroplaza Drive near the Colorado Springs Airport, converting offices and unused space into a clean room where it will apply the metal and other coatings needed to absorb X-rays.

The company will celebrate launching preliminary production on the line during a special ceremony at 1:30 p.m. Thursday attended by Lt. Gov. Donna Lynne, Mayor John Suthers and other invited guests.

The first foil products won’t be ready for consumers for up to three years since they must be “qualified” for medical use by the manufacturers who will incorporate it into their products, Caris said. Since the foil will be able to be shaped around curved objects that are being imaged, the next generation of the product now in development will be well-suited for use in mammography and in checking pipelines for leaks, he said.

The new line will use the remaining space in dpiX’s plant, so the company has been studying and producing drawings on how it might expand onto 40 acres it owns adjacent to the plant, Caris said. The company has no timetable for when it might build more space, and it could still boost production from the current facility, he said.

Although dpiX owns about half of the market for digital X-ray sensors, Caris said more than 70 percent of all X-rays are still processed with film. Digital X-rays provide a higher-quality image, require a lower dose or radiation, are more environmentally friendly and produce images that can be read anywhere, he said. The sensors take about a month to manufacture and are widely used in cardiology for angioplasty and stent insertion as well as oncology radiation treatment. They also are used to check aircraft fuselages for cracks and other problems, and for a variety of military and homeland security applications, he said.

PARC, the research and development arm of Xerox Corp., spent $100 million developing the technology, starting in the 1970s, for use in the “office of the future,” but was ready to shut down the unit in the 1990s. It instead sold the technology to a consortium of customers that own dpiX; that group now includes Philips Medical Systems, Siemens Medical Engineering, Varex Imaging and Thales Group. The company was awarded a $50 million Department of Defense grant to create displays for aircraft, ships and helicopters, but eventually adapted the technology for digital X-rays.

DpiX bought the former semiconductor manufacturing plant in 2006 for $7.65 million from LSI Logic Inc., now called Broadcom Inc., and spent $100 million upgrading the facility before moving its entire operation to the Springs in 2011.