Frank Caris: New Honorary Consul for the Kingdom of the Netherlands 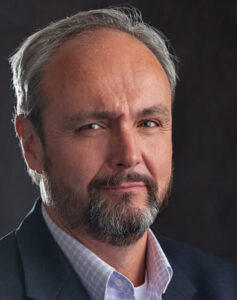 Colorado Springs, CO – The Consulate General of the Netherlands in San Francisco announced Frank Caris as their new Honorary Consul in Colorado, Wyoming and New Mexico.

Frank is CEO and President of dpiX LLC and has over thirty years of international management experience in the high-tech industry with a strong focus on turnarounds, interim-management, divestitures, and rapid expansion of new businesses. Born in the Netherlands (Maasbracht) he graduated from Leiden University with a ML in Business Law & Intellectual Property and has an MBA from the Simon School, Rochester, New York and the Erasmus University of Rotterdam.

About The Consulate General of the Netherlands

The Consulate General in San Francisco represents the Kingdom of the Netherlands in the western part of the United States. The strong economic ties between the US and the Netherlands supported 825.000 American jobs, with more than 130.000 on the west coast. NLinSF supports Dutch companies doing business in the US and provide consular services to Dutch nationals in the US and non-nationals that want to visit the Netherlands.
The Netherlands is the third largest foreign investor in the United States, the No. 1 destination for US foreign direct investment, and in the top 10 countries with which the US has a trade surplus. Our nations share an innovative entrepreneurial spirit, which has allowed us to become important trading partners.

dpiX was established in 1999 in Silicon Valley with the financial support of the Department of Defense to create semiconductor display products for the military. In 2007 dpiX acquired its current headquarters in Colorado Springs and transformed the FAB into the largest A-Si Semiconductor clean room facility outside of Asia. Incorporating the capability to create state-of-the-art optical semiconductors, dpiX became, and is currently, the worldwide market leader in optical sensors (x-ray) for Defense, Healthcare and Industrial applications.

dpiX strives to be their #1 partner for technology partners to design, prototype and manufacture semiconductors for specialty products in our trusted semiconductor facility. Some examples of our partner’s semiconductor products include sensors, FP antennas, displays, lighting, equipment, and others.