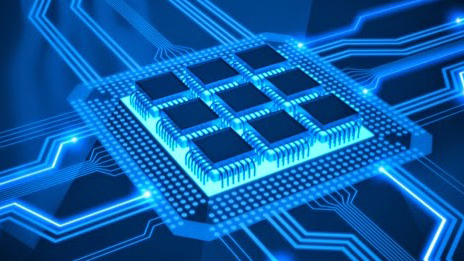 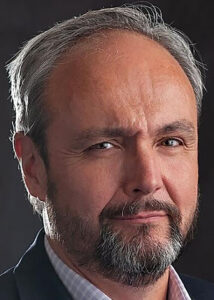 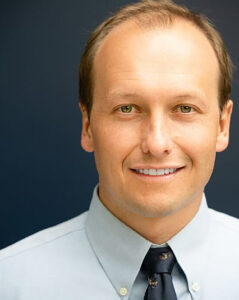 Recently, President Joe Biden signed an executive order to review the vulnerability of the semiconductor supply chain. This follows the encouraging show of bipartisanship from December, when Congress authorized the Creating Helpful Incentives to Produce Semiconductors for America Act (CHIPS for America Act) as part of the National Defense Authorization Act (NDAA).

Our new president joins leaders from across the aisle including U.S. Senate Majority Leader Chuck Schumer (D-N.Y.) and U.S. Sen. John Cornyn (R-Texas) in putting aside party politics to support legislation to help strengthen the American semiconductor industry, to create more U.S. manufacturing jobs and to make sure America remains the world leader in technology innovation.

The most familiar semiconductor to most people is the “microchip”, based on silicon wafers. U.S. companies such as Intel, Broadcom and Qualcomm are leaders in microchip design, but manufacturing is mostly done overseas.

Flat panels, based on thin layers of silicon on large glass or flexible substrates, represent another critical category of semiconductors we often take for granted, but which are essential to innovation and national security. The flat panel industry is dominated by companies in Asia, but flat panel semiconductors are still critical to the U.S. economy.

A popular framework for defining “critical technologies” suggests a technology must meet at least one of four requirements. Flat panel semiconductors meet three of the four.

The first requirement: does the technology represent a “choke point”? The most familiar application for flat panel semiconductors are displays like you find on your laptop or smartphone, but the same technology is a single point of failure for advanced radiology systems.

Any state-of-the-art surgical suite will have a digital X-ray machine that is dependent upon flat panel semiconductors. The technology is not just critical to economic competitiveness, but it is also critical to life-saving interventions in hospitals.

The second requirement: are there significant “competitive moats”? Countries and companies in Asia have been investing heavily in the technology for several decades focusing on high volume, low cost applications. dpiX and strategic partners heavily invested here in the U.S. and became market-leaders in the high-end, low-volume market.

The third requirement: Does this technology pose a straightforward risk to national security interests? If we focus on the common use-case of flat panel semiconductors in displays, reflect on how essential touchscreens are as the primary user interface for our devices. We are glued to the displays of our computers and phones, but we also need displays to operate our cars and the ATM.

Consider, then, how critical displays are to the safe operation of critical infrastructure from power plants and water treatment facilities to Apache helicopters and M1 Abrams tanks. If our displays were corrupted, or no longer available in new products, our world would stop. More subtly, U.S. companies are also able to use flat panel semiconductors to develop the biometric sensors — palm readers and fingerprint scanners — that are critical to keep our most important facilities secure.

The final requirement: Does this technology accelerate other technology? Flat panel semiconductors are being turned to as a platform for invention across the health care, military, energy, automotive and even telecommunications industries.

When flat panel semiconductors, which can be very large while still low cost, are married to CMOS microchips, we can unlock new kinds of futuristic electronics. Picture yourself as a pedestrian when a self-driving car approaches an intersection.

At full brightness, the front of the car displays icons to let you know you are seen, the vehicle is slowing down to stop and the vehicle will wait until you cross the street. The sky’s the limit with new creative applications for flat panel semiconductors in the future.

Flat panel semiconductors are clearly critical to the national interest and competitiveness. As our elected leaders start to take notice, we are hopeful that they will consider “Panels for America” to be just as critical as “Chips for America.”

Frank Caris, President & CEO of dpiX, has acquired over 30 years of broad international management experience in the high-tech industry. dpiX, located in Colorado Springs, CO, is home to the largest A-Si Semiconductor production facility outside of Asia and is the market leader in optical sensors (Radiology)for Defense, Healthcare, and Industrial applications.

Noah Aptekar, Principal of Next Century Innovations, has more than a decade of experience in innovation, strategy, finance and driving change agendas both in the public and private sector. He started his career working on economic development for Governor, now US Senator, John Hickenlooper and then moved to California to work for Elon Musk’s SpaceX.